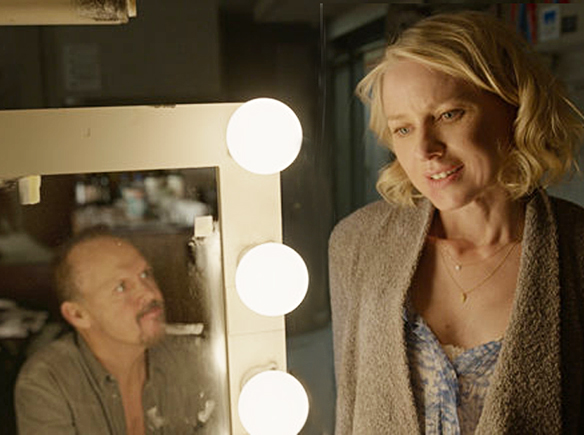 The Golden Globes are often a precursor to what films will be nominated in the Best Picture category, and this year's selections were particularly prophetic. The big Golden Globe winners were "The Grand Budapest Hotel" (best comedy) and "Boyhood" (best drama). Both of these films then made the Director's Guild top five list and the Oscar eight best films list. Another interesting observation, three of the top contenders have the letter B featured prominently in their title—"Birdman," "Boyhood" and The Grand Budapest Hotel."

The Golden Globes are often a precursor to what films will be nominated in the Best Picture category, and this year's selections were particularly prophetic. The big Golden Globe winners were "The Grand Budapest Hotel" (best comedy) and "Boyhood" (best drama). Both of these films then made the Director's Guild top five list and the Oscar eight best films list. Another interesting observation, three of the top contenders have the letter B featured prominently in their title—"Birdman," "Boyhood" and The Grand Budapest Hotel."

Some years there are 10 films in contention, this year only eight were nominated. "Birdman" and "The Grand Budapest Hotel" landed nine nominations, followed by "Imitation Game" with eight. Clint Eastwood seems to be having a Ben Affleck moment, nominated for Best Picture, but not Best Director. Could that be because of his "empty chair" speech at the GOP convention?  It does seem like a snub since the word is "American Sniper" may be the best Clint Eastwood film to date.

Rounding out the list of Oscar nominations are "The Theory of Everything," the film about Stephen Hawking, "Selma" and "Whiplash" which garnered five nominations.

Since I haven't seen all of the nominated films up for the Oscar I am only going to speculate on one or two possible winners.  In the acting category I think Golden Globe Best Actress winner Julianne Moore will also win the Oscar.  I have seen clips of her performances in "Still Alice," about early onset Alzheimers, and they are heart wrenching.  And if you recall past Oscar races, portraying terrible illnesses and gaining or losing a lot of weight adds to your chances of taking home the gold.  Remember Daniel Day Lewis in "My Left Foot" who was severely handicapped? In that spirit, I think Eddie Redmayne, Golden Globe winner, could be a top contender for his moving portrayal as Stephen Hawking.

So far in her luminous acting career Meryl Streep has been nominated 18 times.  Her nomination for supporting actress as the Witch in "Into the Woods" makes it 19, including 15 in the Best Actress category and now four for Supporting Actress.  As Amy Pohler once said in a Golden Globe skit, "Meryl Streep has the flu and I understand she is very good in it."   Meryl has garnered six more Oscar noms than either Katherine Hepburn or Jack Nicholson who are tied for second place.

Joining Meryl Streep in the Best Supporting Actress category are: Patricia Arquette in "Boyhood," Laura Dern in "Wild," Keira Knightley in "Imitation Game" and Emma Stone in "Birdman."  And who knows, Meryl may win again as the Witch in "Into the Woods" because she not only can act, she can really sing well enough to satisfy Stephen Sondheim.

Actors vying for the Oscar in a supporting role are: Robert Duvall in "The Judge," Ethan Hawke in "Boyhood," Edward Norton in "Birdman," Mark Ruffalo in "Foxcatcher: and J.K.Simmons in "Whiplash."

Nominees for Best Actor in a leading role are: Steve Carell in "Foxcatcher," Bradley Cooper in "American Sniper," Benedict Cumberbatch in "The Imitation Game," Michael Keaton in "Birdman" and Eddie Redmayne in "The Theory of Everything."

In the Best Actress in a leading role category, the nominees are Marion Cotillard in "Two Days, One Night," Felicity Jones in "The Theory of Everything," Julianne Moore in "Still Alice," Rosamund Pike in "Gone Girl" and Reese Witherspoon in "Wild."

Eight films were nominated for Best Picture consideration, but only five directors can be nominated.  Therefore it came as a surprise, to me at least, that neither Clint Eastwood ("American Sniper") nor writer/director Ava DuVernay ("Selma") were chosen and director Bennett Miller made the cut for "Foxcatcher" even though his excellent film was not nominated for Best Picture consideration.  How did that happen?  Besides Miller the other directors nominated are: Wes Anderson for "The Grand Budapest Hotel," Alejandro G. Inarritu for "Birdman," Richard Linklater for "Boyhood" and Morten Tyldum for "The Imitation Game."

Another puzzle, since up to ten films can be nominated for Best Picture consideration, why didn't "Foxcatcher" receive a place on the list?

Another popular Oscar category is Best Animated Film and this year's selections are "Big Hero 6," "Boxtrolls," "How to Train Your Dragon 2," "Song of the Sea" and "The Tale of the Princess Kaguya."  The surprise in this competition is the fact that the very, very popular "Lego Movie" was ignored.

On Feb. 22 the Oscar ceremony will be telecast on ABC-TV. Only one individual or film in each category will take home the Oscar, but win or lose….it really is an honor just to be nominated.