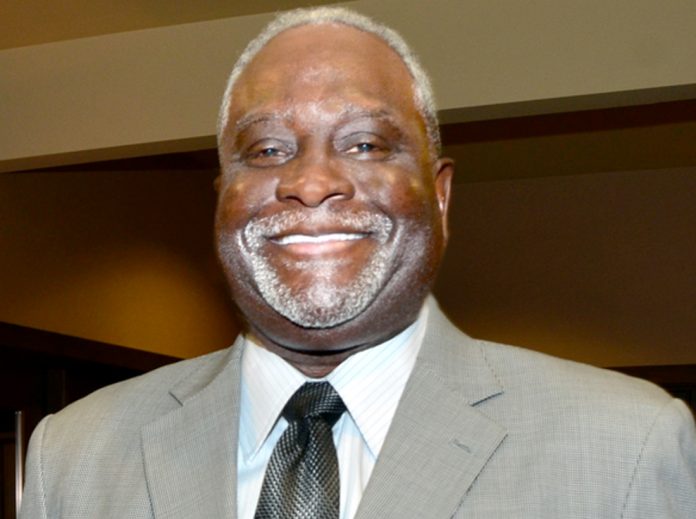 Ronald Ross, candidate for Gardena city council, believes that the way to improve the city of Gardena is to bring more businesses to the area, a move that he says will create more jobs and opportunity.

“I want to bring businesses to the city that create careers, not just jobs,” Ross said.

Ronald Ross, candidate for Gardena city council, believes that the way to improve the city of Gardena is to bring more businesses to the area, a move that he says will create more jobs and opportunity.

“I want to bring businesses to the city that create careers, not just jobs,” Ross said.

What Ross means is that in addition to having a business like Chili’s or Applebee’s set up shop in Gardena, he would like to see their corporate offices also establish roots in the city so that those interested in working for those establishments can follow not just a service path but a professional career path.

Ross has a good handle on financial issues with his current post as the area marketing director of First Financial Security, and his many years as a licensed financial services professional.

“We have an opportunity to be a destination city,” Ross said. “As you improve aesthetically, businesses will want to come here.”

“I want to offer everything to kids from basketball to basket weaving,” Ross said.

He added that he wants to work with the Los Angeles Unified School District to get more trades in schools such as auto repair, drafting, architecture, and construction.

Ross said kids need financial literacy programs like how to open a checking account, how to shop, how to make a budget, and other basic finance 101 topics.

Helping children is something that Ross knows a lot about. He spent 23 years with the Department of Children and Family Services (DCFS) as a children’s treatment counselor and as a children’s social worker. If elected, Ross plans to help create more youth programs that offer athletics and education designed to prevent drug abuse.

For seniors, Ross said he wants to see a pharmacy on the south side of the city so that seniors don’t have to travel from one end of the city to the other just to get their much-needed medication.

Ross believes that Gardena should be an eco-friendly city. What does he mean by that? He means that residents should all have recycle cans and be educated on how they can positively impact the environment such as learning the difference between using an LED light bulb as opposed to a regular light bulb as well as the virtues of using smaller, low-flow toilets.

When it comes to public safety, Ross believes that residents and community activists are needed to help the police do their jobs and in the process, improve public safety for everyone.

Ross has been heavily involved in local community programs. One of his responsibilities was managing the Adopt A Case Worker Program which helps frontline caseworkers assist abused and neglected children and their families find local community partner contacts.

Ross also wants to do what he can to help the homeless population in the city. Ross says he wants to use federal funds to build shelters for the city’s homeless and offer job skills and mental health treatment.

“As a city councilperson, it’s important to have leadership skills as well as vision and direction,” Ross said. “You have to be able to look at something and see the possibilities and not be afraid of things that can be challenges.”