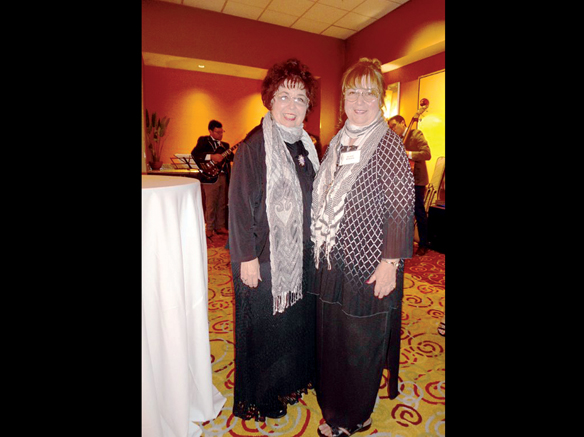 El Camino College Distinguished Alumni have furthered their educational and career goals and have shown outstanding achievements in a chosen career and service to the community. Their efforts have attracted local, state, or national recognition for their involvement in the fields of art, medicine, politics, business, and education. The El Camino College Foundation chairs the selection committee and sponsors the biennial awards ceremony.

“El Camino College played an important role in the education and growth of these distinguished alumni,” said El Camino College President Dena P. Maloney. “They are among the leaders in their chosen vocations and professions, and bring distinction to themselves, credit to the college, and significant contributions to their communities. They are just a few of our proud alumni who have worked hard and made the most out of their opportunities.”

Eleanor Bersano, a longtime Gardena resident, served as an educator in area elementary and high schools for 36 years. Always a community volunteer, she put her heart and soul into volunteering after her retirement and has served in leadership positions in several clubs, charity groups and service organizations throughout the South Bay. Bersano was named Gardena’s Citizen of the Year and earned a Community Recognition Award from Lions Clubs International, among numerous other honors. “El Camino College provided me with a solid education, a launching springboard, which helped me reach my life and professional goals and inspired me to become a community activist,” she said.

George Nakanobegan his career in education as a teacher at Watts’ Jordan High School, eventually serving as an administrator in the Inglewood Unified School District. He has lived in the South Bay for over 50 years, served on the Torrance City Council for 15 years, and was a California State Assemblyman for six years until he termed out of office in 2004. “El Camino College provided the foundation for a new direction in my life,” he said. Nakano founded the Torrance chapter of the Japanese American Citizens League and has been honored by numerous organizations for his service. He also served on the El Camino College Foundation Board of Directors from 2007-2011.

Laura Allman Schenasi, executive vice president of the Torrance Memorial Medical Center Foundation, directs a team that increased fundraising from $750,000 annually to an average of $17 million per year since 2001. Previously, Schenasi was director of major gifts for the Keck School of Medicine at USC. She was awarded Staff Member of the Year from the USC School of Law and the USC Widney Alumni House Award. “I would not be where I am today without my experience at El Camino College,” she said. “It was a maturing year academically and professors paved the way for continued success at USC.” A longtime resident of Palos Verdes Estates, the Switzer Learning Center named Schenasi as one of the South Bay Women of the Year.

William Allen Younghas been an actor since age 13 and has earned more than 100 starring roles in TV, stage and film productions including “CSI: Miami,” “Moesha,” “A Soldier’s Story” and now stars as Dr. Guthrie in CBS’s “Code Black.” “El Camino College provided me with the tools and guidance I needed to achieve success throughout my life. Those formative years I spent at ECC contributed greatly to my personal growth and development and inspired a young African-American youth from Watts to believe that anything in life is possible.” Young is founder/president The Young Center for Academic and Cultural Enrichment, a nonprofit organization that trains, educates and inspires underserved youth in Southern California.

The Distinguished Alumni Awards dinner is scheduled for 6:30 p.m. Jan. 13 at the Torrance Marriott, 3635 Fashion Way. Tickets are $90 and can be reserved by contacting the El Camino College Foundation office at foundation@elcamino.eduor 310-660-3683.