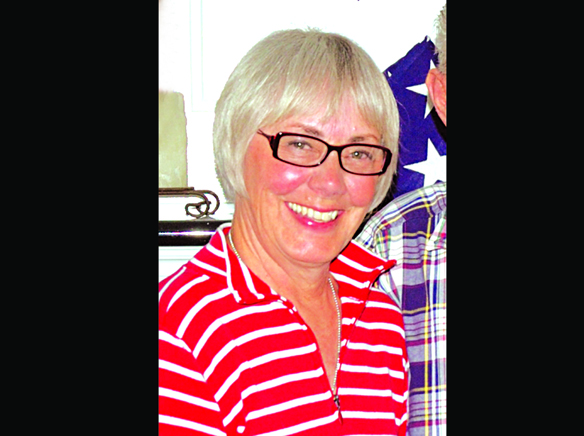 This year marks the club’s 34th community recognition banquet and will being with a no-host bar at 6:30 p.m., followed by dinner at 7.

Cost per person to attend the celebration is $30 on or before Feb. 15. Guests will have their choice of chicken, beef or fish. Contact GV Lion Frank Onderka to RSVP at 310-768-1836.

This year marks the club’s 34th community recognition banquet and will being with a no-host bar at 6:30 p.m., followed by dinner at 7.

Cost per person to attend the celebration is $30 on or before Feb. 15. Guests will have their choice of chicken, beef or fish. Contact GV Lion Frank Onderka to RSVP at 310-768-1836.

Gardena resident Lynch was born and raised in southern Minnesota. Her young life was always very busy and she engaged in numerous activities and volunteering. After earning a BS in Nursing at Winona State University, she worked for one year in Rochester, MN as a Public Health Nurse.

An adventurous type, she relocated to southern California where she gained employment as a public health nurse with the Los Angeles County Department of Health Services. Along the way she married and helped raise two sons and became very involved with volunteer work.

Retiring from Los Angeles County after 27 years of service, Lynch continued to volunteer her time and continues to do so to this day.

Lynch committed many hours of service to her son’s school and has never regretted doing so. She was seen around the campus so often, people wanted to know where her office was.

Charlotte says: “It is just something you do as a parent and as a member of the community.”

Not long after, Lynch got involved in the Redondo Beach-South Bay Chapter of Blue Star Mothers of America, an organization which provides support to military families while their son or daughter serves our country.

It offers a time for parents to support the troops by sending care-packages, attending events and providing support to one another. Four years later she was no longer a Blue Star Mother, but a Gold Star Mother, as she had lost her son.

Since the City of Gardena had offered so much support to her and her family during this very difficult time, she dramatically increased her volunteering efforts. It was her time to give back!

Among her many accomplishments: She has served on the Board for the Friends of Gardena Willows Wetland Preserve where she helped to eradicate many non-native plants from the wetlands. She also has served on the Governing Board of Memorial Hospital of Gardena.

Lynch is a (CERT) Community Emergency Response Trained member and an American Red Cross Disaster Service Worker. Since 2008 she has served on (COPCAP) the Chief of Police and Citizen Advisory Panel. She has served on the Gardena Beautiful Committee of which she was very honored and proud to be the chairman of the Flag Day Ceremony for three years.

She is part of the Gardena Emergency Response and Prevention Coalition where she participated and assisted in educating 4,000+ people on emergency preparedness and sustainability over a three-year period. For nine years she organized and was the coordinator of the Purche Neighborhood Watch.

From this position, she established a City-side NW Coordinators Quarterly Meeting and was very instrumental in helping establish the Gardena NW website and the Gardena Disaster Communications Services. In 2012, she was honored by the Gardena Valley Chamber of Commerce as one the “Outstanding Women of the Year,” and in 2013 was a “Woman of Distinction” for the 35th Senate District. In 2015 she was a proud participant in the Gardena Veterans Day Ceremony.

Currently, Charlotte serves on the City of Gardena’s Emergency Operation Center Committee, a board member of the Gardena Honored Veterans and continues with COPCAP.

Outside of her volunteer activities, she loves to cook, bake, sew, garden, decorate, play the piano-when she has one-and take care of her home and family. She has two grandsons and a granddaughter, whom she adores. It is her granddaughter that she sews for.

All of these challenges and experiences come through great encouragement and support from her friend and loving husband, Chris, of 31 years, her family and of course the friends that she has made during these times. She thanks them for believing in her. The experience Charlotte has had with volunteering has given her tremendous rewards, and she plans to continue for as long as she is able.

What to give for Christmas? Go figure