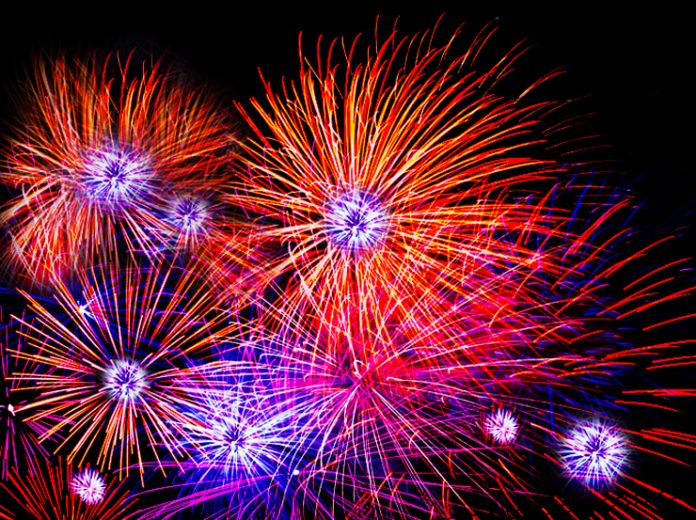 Local residents expressed their frustration at a Sept. 8 community meeting held at the Gardena City Council Chambers by the Gardena Police to determine how to eradicate the nuisance of illegal fireworks in the city.

The general consensus of the approximately 40 residents in attendance was that illegal fireworks was a problem that could only be solved by the combined crime-stopping efforts of local residents and the police.

Local residents expressed their frustration at a Sept. 8 community meeting held at the Gardena City Council Chambers by the Gardena Police to determine how to eradicate the nuisance of illegal fireworks in the city.

The general consensus of the approximately 40 residents in attendance was that illegal fireworks was a problem that could only be solved by the combined crime-stopping efforts of local residents and the police.

Gardena Police Chief Edward Medrano called this special meeting to address concerns from residents that the illegal fireworks were posing a dangerous threat.

“The whole purpose of this meeting is to get feedback,” Chief Medrano said. “I know that I will probably take a lot of punches and have a lot of people be unhappy with what happened [this year]. Its ok. That’s my job. That’s what I’m here to do is to listen.”

And listen he did, as one by one, residents addressed the chief with stories of loud explosions or bottle rockets and other mortar-launched fireworks flying off-course and landing on their property, often close to where children were playing or where friends and family were enjoying a holiday barbecue.

But residents were not the only ones frustrated with the fireworks issue. Medrano expressed his own frustration at being unable to curb the use of illegal fireworks despite his department’s many efforts to do so.

Medrano used a PowerPoint presentation to show residents just how much time and effort his department put into fireworks enforcement this year.

While those were great numbers for the taskforce, the Gardena Police have had less success in addressing the illegal fireworks found just in Gardena.

One of the reasons for the department’s continued problems with illegal fireworks comes down to a question of priority. Medrano says that while fireworks enforcement is important, that importance has to be weighed against other crimes occurring in the city.

“I understand there’s a lot of unhappy people,” Medrano said. “The city council and the city manager gives me a budget of what to do and how to use my resources. If I put all of my resources into fireworks, I could probably contain it a lot better but you probably wouldn’t want me as a police chief if I made that my most important priority. My most important priority are part one crimes. Those are violent crimes and crimes that affect people where they live. That will always be our priority. It has to be.”

While Medrano stressed the importance of putting fireworks enforcement in perspective, he did take the concerns of local residents seriously and discussed some of the actions his department took to put residents at ease.

Medrano said the department used social media such as Facebook as well as their own web page as a place where residents could post incidents of illegal fireworks use. Gardena Police also used traditional media such as the information kiosks at Rowley Park, banners, and flyers that were distributed to those buying legal fireworks.

In addition, Gardena Police conducted a pre-fireworks enforcement two weeks prior to July 4 with officers trying to curtail the use of illegal fireworks leading up to Independence Day. The reasoning behind this strategy was to get as much of the illegal fireworks off the street as possible.

Unfortunately, this tactic proved ineffective as police issued only a few citations and were unable to pinpoint and subsequently shut down areas were illegal fireworks use was occurring.

During the meeting, some residents referred to the more successful efforts of neighboring cities such as Hawthorne and Carson and wondered why Gardena was having trouble matching those cities in

Medrano defended the work of his officers stating that they did their very best to impact the use of illegal fireworks.

“I don’t know why we don’t have the same statistics as those other cities but our officers were out there making this an important priority,” Medrano said.

Gardena City Councilwoman Rachel Johnson, who was in attendance at the meeting, cautioned residents in being too quick to blame the police for the lack of results in their city.

Johnson said the best thing residents can do is to continue their vigilance in keeping the police informed of fireworks violations, not just for their sakes but for the sake of the entire city.

“What we need to do as a city is to continue to work with our police department so that this process [of reporting illegal activity] becomes easier for us, the nonprofit groups can maintain their booths and raise their money that they need, that they won’t get anywhere else because this money funds a lot of important programs,” Johnson said.

All of the legal fireworks booths in the city are run by seven local non-profit organizations such as the Gardena Valley Assembly of God, Faith Christian Center, Gardena Youth Sports Advisory Board, and Detours Mentoring Group, Inc.

Gardena Police Lieutenant Vicente Osorio said that this year, the local non-profits grossed approximately $277,300, which is an improvement over last year’s gross of approximately $221,000.

During the meeting, some residents argued for making Gardena a fireworks-free city like Redondo Beach, El Segundo, and Torrance. However, those voices were outnumbered by others who were fine with the stands and just wanted the illegal fireworks gone.

Pastor Rob Lee of The Gardena Valley Assembly of God, said his church has had a fireworks stand at the corner of Artesia and Western for the past two years. He sees the fireworks stands as a positive element in the community and was glad that the police were taking enforcement efforts seriously.

“I live in Gardena and I work in Gardena,” Lee said. “Because we were posted up at Artesia and Western for 9 days straight, I saw multiple police units rolling by constantly so there was really good police coverage. A lot of times the guys would pull in just to check on us and say ‘Hi, how you doing?’ and we appreciate that.”

Meanwhile, the Gardena Police will continue to do its part in stemming the use of illegal fireworks.

Osorio, known around the department as the “Fireworks Czar,” hosts monthly neighborhood watch meetings where he and his groups discuss how to report fireworks incidents.

“Neighborhood watch meetings are absolutely our best way to get information both to and from the public,” Osorio said. “Our partnership with the public is what has made our District Policing Program such a success. We continually communicate with our citizens at these meetings and remind them of how to contact the police department and what information we are looking for in many types of cases, including fireworks.”

Osorio said one of the things he is currently researching is continuing fireworks patrols after July 4 for a few days or even for a week based on the available manpower and budget.

Tips on improving your child’s health

Pete Seeger: a fine musician and a great man