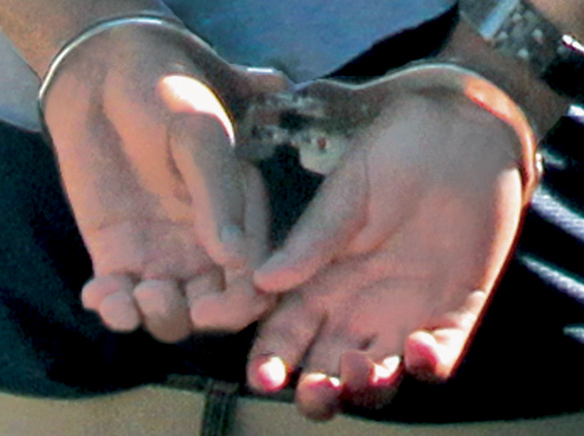 • Two men told Gardena police that as they walked south along Budlong Avenue they were robbed at gunpoint by a suspect who exited a silver Honda Civic.

Taken were cash credit cards and miscellaneous paperwork from one victim, and a cell phone from the second victim.

The suspect was seated in the passenger-side of the Civic when it drove past the two men.

• Two men told Gardena police that as they walked south along Budlong Avenue they were robbed at gunpoint by a suspect who exited a silver Honda Civic.

Taken were cash credit cards and miscellaneous paperwork from one victim, and a cell phone from the second victim.

The suspect was seated in the passenger-side of the Civic when it drove past the two men.

The vehicle stopped and the suspect exited and approached the men.  The suspect was carrying a handgun in one hand and as he got closer to the victim, he appeared to chamber a round.

He asked the men to empty their pockets, then took their possessions. No physical contact was made and the suspect calmly got back into the Civic, and left the scene.

• A male suspect grabbed a woman’s purse as she waited for the bus.

He snatched the purse and fled before the woman could get a look at him.

Reported stolen by the victim included $5, a purse, credit cards and ID papers.

The woman, who was four-months pregnant, was unharmed in the robbery.

• A purse was reported stolen from an unlocked vehicle.  Stolen items included $200 in currency, miscellaneous make-up, and ID and bank cards.

• A woman started her pickup truck which was a parked near her residence overnight and when as the engine was turning over, she heard a loud noise.

Upon inspection she noticed her catalytic converter was missing.

• As she was helping her mother, a woman left her weddings rings on a fireplace mantle at her mother’s home.

Realizing that she left the rings, she later called her mother to ask her to place the rings in a safe place.

The mother told her daughter that she could not find the rings. The daughter came to her mom’s home and searched unsuccessfully for the jewelry. She waited a month before calling police, hoping the rings would turn up.

• An outer security screen door was damaged in a burglary attempt. Damages to the door was estimated at $150.

• Police found pry marks on two rear windows and a rear door that appeared to be kicked. No entry was made into the residence.

• Third-row seat was stolen from a GMC Yukon. The vehicle’s front-door handle was found pried by the suspect(s).

• TV was taken in a home burglary. The front was not locked, police noted.

• A store was burglarized by two suspects. Nothing was reported taken.

• Reported stolen were approximately $800 in U.S. Currency, an unknown amount of silver coins, and miscellaneous jewelry.

The front door appeared to be forced open, police noted. 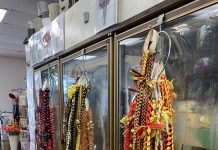