LAVENDER MEN began as an investigation of Abraham Lincoln’s queerness through the lens of a contemporary narrator who is everything Lincoln was not: Black, Filipinx, queer, TGNC, and plus-size. Thus, Taffeta was born from within the heart and soul of playwright/actor/multi-platform artist Roger Q. Mason. Their latest work, LAVENDER MEN, is set against a backdrop of the Civil War as a historical fantasia which follows Taffeta, a “fabulous queer creation of color,” who invades Abe Lincoln’s private world to confront issues of visibility, race and LGBTQ+ inclusion that still challenge us today.

Originally developed in SKYLAB, Skylight Theatre Company’s resident playwrights lab, the world premiere of the full-length play is being presented by Playwrights’ Arena and Skylight Theatre Company through September 4, directed by Lovell Holder. Featured in the cast are Alex Esola as Elmer Ellsworth, Roger Q. Mason as Taffeta, and Pete Ploszek as Abe Lincoln.

The play centers around Abraham Lincoln and his new assistant Elmer as they discuss contract law as well as their respective personal lives. As their work relationship proceeds over time, Mason’s fantasy of what might have happened if Honest Abe and Elmer realized there was an attraction between them becomes a real possibility when the two men begin to strip down to challenge each other’s “physical prowess.” But things jam to a halt upon the entrance of Sadie, Lincoln’s black housekeeper, who has a lot to say about the two men and what might happen if Mrs. Lincoln had discovered them getting ready to roll around the floor half naked together. “It’s amazing what men will tell you when they think no one else is listening,” Sadie shares as both men discretely make their exits from the room.

While we have been taught a lot of Honest Abe, including his early life in Springfield, Illinois, first as a lawyer and then a senator before being elected to the Presidency, his office assistant Elmer Ephraim Ellsworth was a United States Army officer and law clerk who was the first conspicuous casualty and the first Union officer to die in the American Civil War; killed while removing a Confederate flag from the roof of the Marshall House Inn in Alexandria, Virginia. And, of course we all know how Lincoln was assassinated sitting in a box at Ford’s Theatre.

But what Taffeta offers these two men, if they agree to live their lives as they really were and not what the public expected them to be, is the chance to change history and have things work out differently for them. As such, the men agree to play out their love affair for her, not only as Taffeta but also as Sadie the housekeeper, Mrs. Lincoln, a new Army recruit, an angry woman commenting on the action via voiceover, and the witness to their beautifully choreographed love scene during which the absolute wonder of their physical connection is brilliantly staged in slow motion by choreographer Jobel Medina and intimacy coordinator Ann C. James. But can you really get off the train while en route to its final destination?

Another imaginative element of the production is Stephen Gifford’s scenic design which incorporates historical photos, books, and copies of newsprint of the day as well as a large wardrobe used for entrances and exits into both the real and surreal world of Taffeta. Adding to the extraordinary atmosphere of the story is the colorfully focused lighting design by Dan Weingarten and costumes creatively designed by Wendell Carmichael.

Directed by Lovell Holder to seamlessly move between scenes as the actors move set pieces into place, the play, based upon “my alternative facts, because after all who said it didn’t happen?” according to playwright Mason, LAVENDER MEN takes its title from an essay by Carl Sandburg in which he describes unusual friendships between men as “lavender” in nature. In fact, back in Lincoln’s day, men regularly slept together and wrote letters of a loving nature to each other when separated by politics and/or war. Thus, Mason wrote the play to address the larger issue of gender identity in this country which, while accepted by many, still challenges others today as it has throughout history.

Performances run at 8:30 p.m. Saturdays, 3 p.m. Sundays, 7:30 p.m. Mondays through Sept. 4, 2022, at Skylight Theatre, located at 1816 ½ North Vermont, LA, 90027. Street parking or local pay lots available. Allow time for traffic and parking as there is no late seating. Everyone must present proof of full vaccination against COVID-19 along with a government-issued photo ID in order to attend. Face masks are required to be worn indoors at all times. Tickets start at $20, available at LavenderMenPlayLA.com or at the door. Adult content and language. Run time is 90 minutes without an intermission. 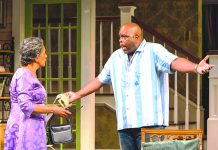 Phylicia Rashad Is brilliant in Taper’s ‘Head of Passes’ 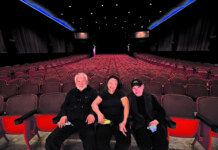 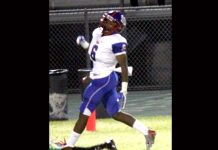 GVN Athlete of the Week, Oct. 8

The past, present and future take center stage at The Fountain...

King Lear and The Play’s The Thing On Stages in Beverly...