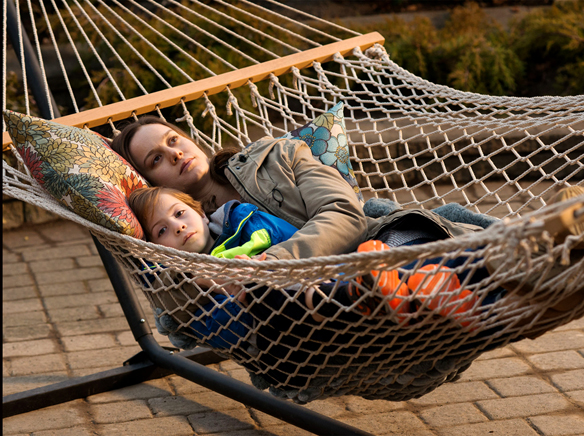 If you were not able to catch the eight nominated films for this year’s Academy Award, fear not because they are now available on Blu-ray and DVD. “Room,” from Lionsgate, did not take home the gold for Best Picture, but lead actress Brie Larson won an Oscar for her stellar leading performance as Ma in the film. Young Jacob Tremblay, who played her 5-year-old son Jack, was not nominated, but he too turned in an Oscar-worthy performance.

If you were not able to catch the eight nominated films for this year’s Academy Award, fear not because they are now available on Blu-ray and DVD. “Room,” from Lionsgate, did not take home the gold for Best Picture, but lead actress Brie Larson won an Oscar for her stellar leading performance as Ma in the film. Young Jacob Tremblay, who played her 5-year-old son Jack, was not nominated, but he too turned in an Oscar-worthy performance.

The film, based on the best selling novel by Emma Donoghue, is the heart-wrenching story of a young woman and her 5-year-old son, who was born in captivity after she was abducted seven years earlier. His mother’s love and the shed they call “room” is the only life the young boy has ever known. What he observes about the real world comes only from watching the small TV set in their tiny, confining “room.”

The film, like Donoghue’s novel, is divided into two segments–the mother son relationship in captivity and their life after they discover a way to escape. While the young mother has suffered as a prisoner, she has been able to cope and survive by taking care of her little boy.

In the second segment of the story we meet her family. The kidnapping has been devastating for them as well. But being reunited after seven long years is not easy for any of them. Freedom is a wonderful thing, but it is difficult to adjust to after seven years in confinement. Readjusting to the real world is particularly difficult for the young woman who is now psychologically disturbed and damaged. This terrible incident has also taken a toll on the family she left behind. Bill Macy and Joan Allen play her parents and Sean Bridgers (HBO’s “Deadwood”) is the man who abducted her.

From PBS: “Netanyahu At War,” by filmmaker Michael Kirk (United States of Secrets, League of Denial), takes a revealing look at political relations between the United States and Israel, long one of America’s closest allies. Now, with new waves of violence between Israelis and Palestinians unfolding and Israel-U.S. relations already emerging as a 2016 campaign issue, FRONTLINE presents this two hour documentary tracing Netanyahu’s path to power, his combative relationships with multiple U.S. presidents and the implications in America and the Middle East.

KIrk and his investigative team draw on more than 30 remarkably candid interviews with Netanyahu’s current and former advisors, top Israeli, American and Palestinian officials, foreign policy analysts, authors and journalists for this unprecedented look inside the relationship between the U.S. and Israel during the Netanyahu years. A polarizing figure on the world stage, Netanyahu’s hardline policies on Iran and israeli -Palestinian affairs have won him both intense support and bitter criticism at home and abroad, particularly after his dramatic attempt in March 2015  to derail president Barack Obama’s nuclear deal with Iran in front of the U.C. Congress. Running time, approximately 120 minutes.

For laughs, check out “Grace and Frankie” Season One. It will be available on DVD April 12. This witty comedy series stars Jane Fonda and Lily Tomlin as “frenemies,” who form an unlikely bond after they discover that their husbands are gay and in love with each other. The two men are played by Martin Sheen and Sam Waterston. Now as everything around them is falling apart, the only thing these two gals can really rely on is each other. The DVD special features include: A gag reel and the featurette entitled “Beginning of the End.” There are also commentaries with the cast and crew, a Season Two Sneak Peek and more.

Coming to DVD in April:  “The Lady in the Van,” starring two-time Academy Award winner Dame Maggie Smith, arrives on Blu-ray and DVD on April 19. This British comedy-drama is based on Alan Bennett’s memoir about an eccentric elderly woman who “temporarily” parks her van in his driveway and proceeds to live there for 15 years.

A HOLIDAY LOOK BACK AT HELPING OTHERS