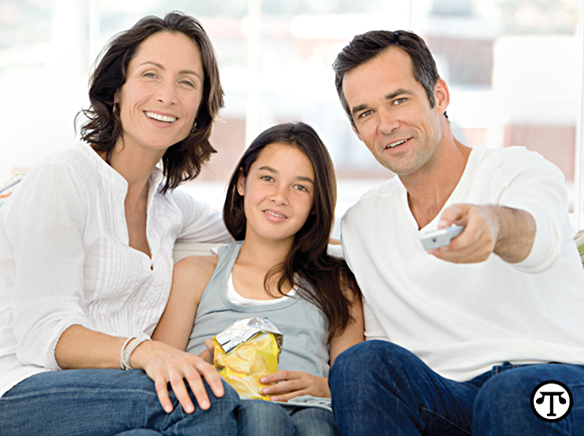 The cable Movies On Demand lineup for the summer and beyond includes many diverse and delightful flicks, such as “The Grand Budapest Hotel,” Wes Anderson’s wacky take on a European hotel between the wars. Or taking place at other exotic locations are “The Lunchbox,” about a house­wife in India whose mixed-up attempt to spice up her marriage yields surprising results; “Le Week-End,” a comedy about a long-married couple trying to rekindle their relationship with a trip to Paris; and “The Raid 2,” about an undercover cop trying to protect his family from Indian gangs.

The kids will enjoy “Rio 2,” a beautiful cartoon about birds and humans trying to preserve wild­life, featuring the voices of Jesse Eisenberg, Anne Hathaway, will.i.am, Jamie Foxx and George Lopez.

If sci-fi suits your fancy, there’s “Snowpiercer,” set in a postapocalyptic world where the only people left on Earth live on a train circling the globe; “The Congress,” in which an aging actress preserves her digital likeness for future movies; “Under the Skin,” with Scarlett Johansson as an alluring alien; and “Transcendence,” about a man combined with a computer.

More thrills are in “Sabotage,” about an elite DEA task force that robs a drug cartel; “Among Ra­vens,” about a man who lost his memory; and “War Story,” starring Catherine Keener and Ben Kingsley, about a war photographer, her former lover and a young refugee.

For a slice of life, there’s “Affluenza,” a coming-of-age movie with “Great Gatsby” overtones, starring Nicola Peltz; “Behaving Badly,” a different, comic take on coming of age, starring Selena Gomez; and “Louder Than Words,” in which David Duchovny and Adelaide Kane turn a tragedy into a way to help others.

More real are the documentaries: “Life Itself,” based on film critic Roger Ebert’s memoir; “A Brony Tale,” about men who love My Little Pony cartoons; “Cesar Chavez,” a biography of the civil rights activist and labor organizer; and “Video Games: The Movie,” chronicling the meteoric rise of video games.

For inspiration, there’s “Heaven Is For Real,” based on the book about a young boy’s near-death experience; and “Noah,” the biblical tale, starring Russell Crowe.

These and other entertaining, insightful and inspirational new Movies on Demand are listed at www.rentmoviesondemand.com. Many are available the same day as the DVD and some even the same day as theatrical release. Enjoy the Movie Madness on cable.

The Long View: Torture is a heinous act under all...

Best bets on stage and screen: ‘The Night ...