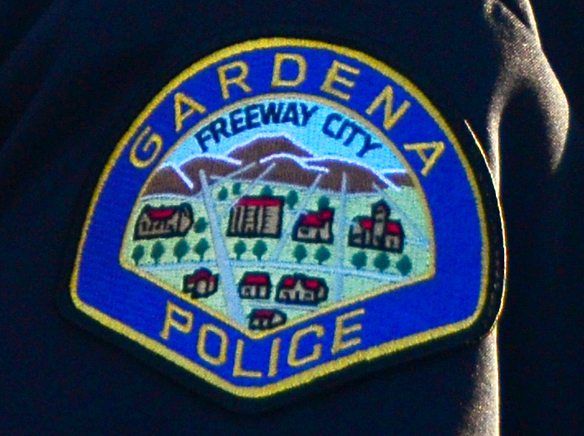 Despite a judge’s ruling to release police videos showing GPD officers shooting and killing a man two years ago, Gardena city officials continue their efforts to shield the video by appealing to a higher court.

GPD Chief Ed Medrano said that at risk are sensitive matters on law enforcement videos which should be protected.

Despite a judge’s ruling to release police videos showing GPD officers shooting and killing a man two years ago, Gardena city officials continue their efforts to shield the video by appealing to a higher court.

GPD Chief Ed Medrano said that at risk are sensitive matters on law enforcement videos which should be protected.

“We have serious privacy concerns as it relates to the release of police videos in general,” Medrano said in a prepared statement on July 15. “Although the video has been released, we are still moving forwarded with our appeal because we are concerned about the broader implications of this decision.”

Medrano on July 15 said in a released statement, that the plaintiff’s attorney held a press conference that day asking for an additional independent investigation to be conducted by the Department of Justice Civil Rights Division.

“We have proactively contacted the Department of Justice and informed them we would welcome their inquiry and fully cooperate with any investigation in the same manner we did with the Los Angeles County Sheriff’s Department and District Attorney’s Office during their investigations,” Medrano said.

U.S. District Judge Stephen V. Wilson on July 14 ruled in favor of unsealing the GPD videos to the media, after months of a legal battle with First Amendment rights in question.

The release of the video has since gone viral, including postings on such social media outlets as YouTube.

Police say the June 2, 2013 shooting was justified and Gardena officials wanted to keep the videos private because the dash cam footage did not present the officers’ view of the incident, as reported by the L.A. Times.

An attorney for The Times, The Associated Press and Bloomberg filed the suit to have the video available to the media.

Wilson said that the public should be able to see the footage in wake of the City of Gardena paying $4.7 million earlier this year to settle a federal lawsuit with the family of Ricardo Diaz Zeferino, who died in the shooting; and a second man who was wounded by a stray bullet.

The men seen in the June 2, 2013 video were stopped for questioning regarding the  theft of a bicycle parked outside of CVS Pharmacy at Western Avenue and Redondo Beach Boulevard. Gardena police responded to a police dispatcher, who mistakenly reported the bike theft as a robbery.

GPD Sgt. Christopher Cuff stopped two men riding bikes at the Carrows Restaurant on Redondo Boulevard about a half-mile east of the initial incident. The two men were actually friends of the bike theft victim and were out searching for their friend’s bike, reports indicated.

According to a district attorney's memo written by a prosecutor who reviewed the police videos, Cuff detained the two men with orders to stop and keep their hands raised.

At this point, video footage showed Diaz Zeferino arriving on the scene. It was his brother who was the bike theft victim. Diaz Zeferino ran toward his friends as they stood, hands raised before the Sgt. Cuff.

Diaz Zeferino was seen on video yelling at the officer. The officer screams back in English and Spanish for Diaz Zeferino to halt, according to the district attorney’s memo.

The memo said Diaz Zeferino raised his hands, pounded his chest with both hands and said something inaudible. Later, one of the friends told investigators that Diaz Zeferino was telling police they had stopped the wrong people.

The police car video shows Diaz Zeferino standing between his two friends, under orders to keep their arms raised. Police are seen in front of their car, with their guns drawn.

Diaz Zeferino steps forward with his arms raised, then he lowers them, followed by an action in which he reaches for and removes his baseball cap. Again, he lowers his arms. Police then open fire and Diaz Zeferino is seen falling to the ground. He was unarmed.

The second man, Eutiquio Acevedo Mendez, was standing in the line of fire and inadvertently struck by one bullet. He has since recovered from his wounds, reports said.

Prosecutors did not charge the officers involved, agreeing with the GPD that the shooting was justified, the L.A. Times reported.

Deputy Dist. Atty. Rosa Alarcon concluded in her memo that Diaz Zeferino showed a complete disregard for the officers’ orders and that toxicology tests after his death were positive for alcohol and methamphetamine.

She added that the videos showed that the officers could not see Diaz Zeferino’s right hand as he dropped it toward his waistband, and “believed he was going to reach for a weapon.”

Ed Obayashi, a sheriff’s deputy and attorney who advises several counties in Northern California on the use of force, said that California departments train officers to take a position of cover. He said the GPD officers were standing in front of their vehicles, thus exposing themselves. Since this was a robbery call, the officers increased exposure to harm may have led to their “need for deadly force.”

Obayashi told the Times that in his opinion, the majority of officers would not have shot in this case. But he cautions that the officers’ view was not the same as the dash cam, and Diaz Zeferino’s movements are harder to see.

Further, Obayashi said that tactically, one person should give directions to the detained people, instead of multiple commands from different officers. And what followed that night “may be an example of contagious fire, in which one officer shot first and the others followed.”

Gardena Meals on Wheels putts along