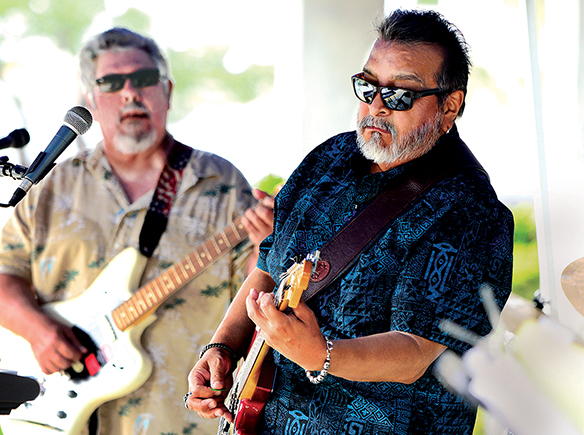 Gardena will usher in the summer season with its annual Concert on the Lawn and Ice Cream Social event Saturday, June 29 from 5 p.m. to 7 p.m. on the lawn in front of the City Hall building. Admission is free.

The concert series will continue throughout the summer with concerts on July 27 and Aug. 10.

Gardena Councilman Dan Medina, who is also a member of the Gardena Beautification Committee, was responsible for getting the bands to play at the event. He said the Public Works Band will play Top ‘40s hits from the ‘60s, ‘70s, and ‘80s, with songs from such artists as Santana, Van Morrison, the Doobie Brothers, Johnny Cash, and the Eagles.

Medina, a musician himself, has played the event in previous years as a member of the K-Earth 101 Band, a music group that focuses on eclectic music from the ‘50s and ‘60s as well as some swing music from the ‘40s.

The Concert on the Lawn event usually draws large groups of families. Medina said the biggest crowd ever was well over 100 people.

“The most we’ve ever had was around 120 and there was no place to sit other than the grass,” Medina said. “That’s why we always ask people to bring lawn chairs and blankets so they can sit on the grass and listen to the bands.”

Along with the free music, attendees will also be treated to free coffee, water, sponge cake, bundt cake and various flavors of ice cream such as strawberry, chocolate, and vanilla.

Medina is currently working on getting a reggae band for the next Concert on the Lawn event on July 27. If no such band can be found, then Medina will feature his K-Earth 101 Band on that date.

For the last date on Aug. 10, the concert series will feature The Esquires Band, a 17-piece orchestra that specializes in ‘40s big band music.

For more information on the Concert on the Lawn series, please call the Gardena Recreation Department at 310-217-9537.

JUST GOOD OLD ROCK ‘N ROLL—The Public Works Band, above, kicked off the summer music scene at the June 29 Concert on the Lawn and Ice Cream Social at the Gardena City Hall Complex Ground. Band leader Jim Garcia, right, and Frank Morales are among the group’s four core musicians. Public Works has been together for more than two decades.