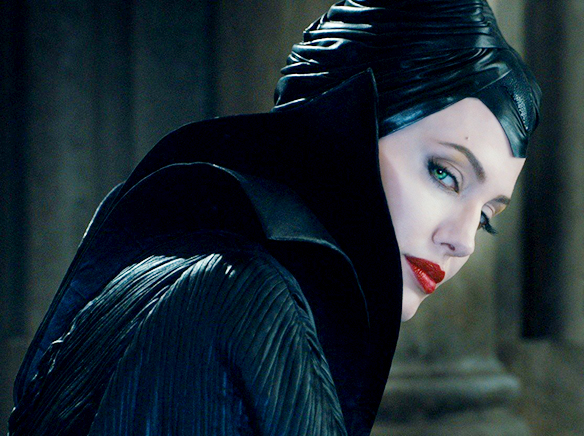 You don't have to be a baseball fan to enjoy the inspiring, heart-warming story of two young boys from India who win a "Million Dollar Arm" competition in Disney's "Million Dollar Arm" now available on Blu-ray and DVD.  Based on a true story, the film deals with hopes, dreams, self-discovery, second chances and personal triumph over adversity.

You don't have to be a baseball fan to enjoy the inspiring, heart-warming story of two young boys from India who win a "Million Dollar Arm" competition in Disney's "Million Dollar Arm" now available on Blu-ray and DVD.  Based on a true story, the film deals with hopes, dreams, self-discovery, second chances and personal triumph over adversity.

Jon Hamm (TV's "Mad Men") stars as JB Bernstein, a sports agent who is now in business for himself.  Things haven't gone as planned, and at this point in his career he needs a winner in order to remain financially stable.  In a desperate effort to find the Major League's next great pitcher he heads off to India where he plans to discover a fast throwing Indian cricket player who can transfer his pitching skills to tossing a baseball. Eventually two young men prove to be potential winners, but while they can throw a mean fastball they know absolutely nothing about the game of baseball.

Actors Suraj Sharma and Madhur Mittal play Rinku and Dinesh who have strong throwing arms, but their pitches often go wild.  Undaunted, Bernstein is certain he can whip them into shape before draft choices are made. In his efforts to turn these naive young boys into hot baseball pitchers he hires a well-respected coach played by Bill Paxton.  Paxton sees the potential in the young men, but doubts he can have them ready in one year as required by Bernstein.

JB, a no-nonsense kind of a guy, expects others to get the kids into shape, while he hustles.  This backfires because Dinesh and Rinku need a firm hand and a mentor who will be a father figure to them. Alone in a strange new country they need guidance and a feeling of family.  They are homesick and also have a language barrier to overcome since they don't speak English well.  Soon their high hopes turn to despair.

The story, while often funny, is also inspiring and romantic.  Over time JB learns about commitment as he begins to interact more with Dinesh, Rinku and with his lady tenant who may be more right for him than the bevy of models he has been dating. The film is rated PG for mild language and some suggestive content.

Bonus materials include "Training Camp," a feature describing how the young Indian actors Suraj Sharma and Madhur Mittal face the same daunting challenges their characters Rinku and Dinesh did in the film–learning how to pitch a baseball at high speed. "Their Story" is about the real JB Bernstein, Rinku and Dinesh and The Million Dollar Arm Contest's impact on the aspirations of children in India. In addition Oscar-winning composer A,R, Rahman (Best Score for "Slumdog Millionaire" 2008) talks about creating the music for "Million Dollar Arm" which encompasses two worlds–India and the U.S. The DVD also includes alternate endings, deleted scenes and outtakes.

One of the greatest Disney villains, Maleficent—“the bad fairy from the classic fairytale "Sleeping Beauty"—finally gets to tell her side of the story in Disney's "Maleficent," with Angelina Jolie in the title role.  The film was a worldwide box office hit, grossing more than $700 million and now you can enjoy this new twist on a fairytale classic in your home on Nov. 4.

Like "Wicked," the smash hit stage play that showed us the re-imagined wicked witch from Oz, this story takes another look at Maleficent who has real good reasons for doing the bad things she does, like putting a curse on King Henry's baby daughter, Aurora (Elle Fanning). The young Aurora, as a two-year-old toddler, is played by Jolie's young twin daughter and their scenes are adorable. While changes are made in the story, the basic tale remains the same, complete with a fire breathing dragon.

The Blu-ray + DVD + Digital HD Combo Pack is loaded with many extras that include several deleted scenes, "From Fairy Tale to Feature Film" which shows how the character of Maleficent was re-imagined for a whole new generation by screenwriter Linda Woolverton ("Alice in Wonderland," "The Lion King") and "Building an Epic Battle," a feature that reveals how King Henry and Maleficent's opening battle scene was created using gigantic wire rigs and elaborate choreography. Big and little girls will have fun with "Classic Couture" which examines Maleficent's head-wraps and jewelry and everyone will be interested in "Maleficent Revealed" about the layers of extraordinary special effects created for the film. "Maleficent" is rated PG for scenes of fantasy action and violence and some frightening images too intense for the very young.

Disney's "Planes: Fire & Rescue" offers high-flying family fun as Dusty, the crop dusting plane turned racer returns for another adventure. This time the fearless racer learns he may never be able to race again because one of his vital parts was damaged in his last race and it may not be able to be replaced.  Forced to end his career, the brave little plane becomes an aerial firefighter and joins forces with a team of veteran firefighting aircraft in order to battle a massive and spectacular conflagration.

This enjoyable adventure comes complete with many additional bonus features like "Air Attack: Firefighters From the Sky," a high-energy music driven behind-the scenes piece that takes a look at the real smoke jumpers and firefighters who attack wildfires from the air as Director Roberts Gannaway and Producer Ferrell Barron take us through their journey in making the film. There is also an exclusive animated short entitled "Vitaminamulch: Air Spectacular," plus two additional animated shorts "Dipper" and "Smokejumpers," deleted scenes and much, much more.

The DVD is rated PG for action and some peril that might scare little viewers.

‘Jersey Boys’ at Pantages; Tom Cruise and ‘Sharknado’ on DVD