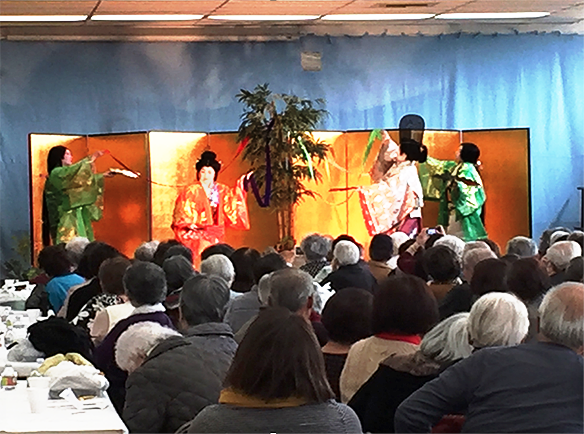 Organization to celebrate 50th anniversary in 2020

The Gardena Pioneer Project is an organization whose foundation came about from a recognized need to address issues that were specific to the elderly Japanese-American community in Gardena.

The foundation of this organization took place in 1970, when there was a lack of social institutions that catered to the prominent Japanese-American community in Gardena, specifically the elderly community.

On top of a language and cultural barrier, many elderly Japanese-Americans found it difficult to navigate within American society as a brand-new environment, in combination with a lack of social services which created feelings of isolation.

Karen Uyekawa, founder of the Gardena Pioneer Project, linked some factors of the living experiences of elderly Japanese-Americans to explain why their voices might not have been heard.

“A lot of our seniors were isolated in that they were Japanese-speaking and they may have been living with the family, but they didn’t necessarily have contact with social organizations or other people,” Uyekawa said. “It’s part of Japanese culture to kind of hesitate and not impose on the family and that would result in senior citizens becoming isolated and people not necessarily realizing that.”

As the need to help address the issues of the elderly Japanese-American community became more distinct, Karen Uyekawa founded the organization along with the help of her grandfather, Kaneji Oka.

The Gardena Pioneer Project is a non-profit organization in which its function is hugely based on the contributions from their volunteers.

“We have no staff and, therefore, no job titles. Everyone is a volunteer. Some take the functions of a secretary, treasurer, and two co-presidents who chair our Thursday night meetings,” Uyekawa said.

The main tasks of volunteers include coordinating, planning, and carrying out various events and field trips for the organization.

During the 1970s, the language barrier was a more prominent issue in which the demand for bilingual volunteers was significantly higher compared to today, in which the need has reduced.

Membership today has a majority of individuals that are English-speaking. The organization adapts its services according to how the Japanese-American communities evolve over time, as well as the community of Gardena.

The Gardena Pioneer Project has evolved to provide more recreational and social activities as well as educational seminars to the senior citizens as other organizations, such as the Japanese Cultural Institute have expanded their own functions to include providing for senior citizens, and the development of departments such as the city of Gardena’s Senior Citizens Bureau, which specifically aids the elderly communities of Gardena.

The Japanese-American community in Gardena has historical roots dating back to the early 1900s. One of the first institutions that served the community was a Japanese language school by the name of the Moneta Gakuen, founded in 1912. In 1968, the Moneta Gakuen became the Gardena Valley Japanese Cultural Institute so that the organization could execute broader services and functions.

The inception of the Gardena Pioneer Project in 1970 was one of the first of its kind to attune its services to the elderly local Japanese-American community.
Those that are interested in volunteering for the Gardena Pioneer Project can attend its upcoming meeting for volunteers on July 11 at 15350 S. Western Ave., Gardena at 8 p.m. Karen Uyekawa can also be contacted at 213-894-3235 for further information.