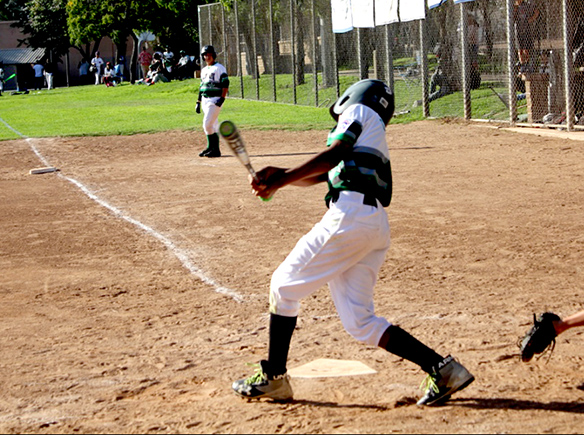 Ryu Byrde had a fine pitching performance. With the bat, Byrde had three hits and drove in three runs. Peyton Tate went 2-for-3 that included two triples, two runs batted in and two runs scored.

Holly Park, which includes players from Gardena, Hawthorne, Inglewood and the Los Angeles-Athens District, was to play either Aviation from Del Aire or Wiseburn of Hawthorne today at 7:30 p.m. at Carl Nielsen Youth Sports Park in Westchester.