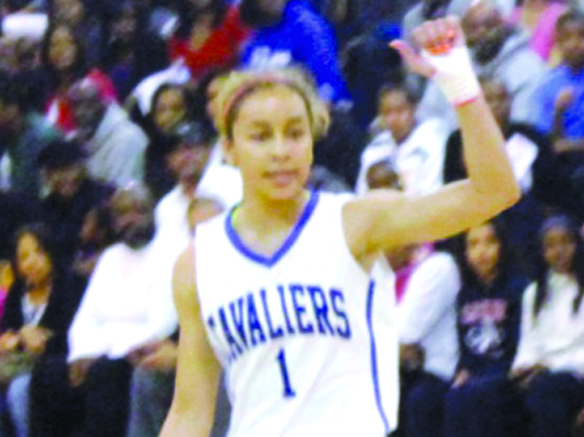 Serra High's Chyanne Butler led her team with 23 points as the Lady Cavaliers rolled over Mark Keppel High from Alhambra, 71-37, in the first round of the CIF-Southern Section Open Division playoffs last Saturday at Serra. Butler has been averaging around 25 points game over the past several contests. She already signed a basketball scholarship at University of Southern California. Butler and the Cavaliers visited No. 4 seed Etiwanda in the quarterfinals last night in quest of a semifinal appearance, possibly against top ranked Santa Ana Mater Dei (also ranked No. 1 in the United States), on Saturday at 7 p.m.    — By Joe Snyder.

THE LONG VIEW: Trump’s political stock not even ‘Apprentice’ worthy