Hi there dear readers.  Hope you all had a happy Thanksgiving even though it was tough for most of us to share our holiday dinner with friends and family this year. Hopefully by next turkey day, all will once again be well in our world.

To keep from going stir crazy, I have been reading, phoning friends and checking out movies on Netflix.  This week my film of choice was “Hillbilly Elegy” based on J.D. Vance’s book “Hillbilly Elegy: A Memoir of a Family and Culture in Crisis.” The story chronicles his upbringing with his family in Appalachia.

Glen Close plays Mamaw, J.D.’s scrappy, feisty grandma who literally is the glue that holds the family together. She can be loving, but she’s also one tough cookie who once set grandpa (Bo Hopkins) on fire.  Luckily her oldest daughter put out the flames which was a good thing for Papaw and Mamaw as well.

As you watch the film you will find it hard to recognize Glen Close behind her makeup and frumpy hairstyle as J.D.’s grandmother Mamaw.  Mamaw is fiercely protective of her grandson J.D. (Gabriel Basso). And thanks to her he studies hard, joins the Marine Corps and is eventually accepted by Yale University.  However as he is about to go in for a final interview he is called home because his mother Beverly (Amy Adams) is in the hospital following a heroin overdose.

Beverly, like her son, is highly intelligent, but her dreams of going to college were derailed when she discovers she is pregnant,  From then on her life is a struggle that leads to depression and drug use. Her erratic behavior coupled with bad choices interferes with her mothering skills to the point that Mamaw winds up raising J.D.

Thanks to his grandma’s tough love J.D. eventually gives up friends who are a bad influence on him and concentrates on his education.

As the film begins, J.D. is at a reception for potential Yale candidates.  He is nervous and unsure of his social skills–like using the right silverware for the proper dish. He is also a little testy when some of the potential candidates tease him about being a “hillbilly.”  While it is done in fun, he takes it as a slight.

That night as he prepares for his upcoming interview he is called home due to his mother’s hospitalization. He figures if he drives all night he can help his mother agree to therapy and still make it back in time for his interview.

As he talks with his sister and tries to reason with his mother memories of his past life come rushing back to him. At this point Beverly is uncooperative and seems unwilling to seek help.

J.D. is worried about leaving her in this state of mental upset.  If he goes, will she try to O.D. again? If he stays, will it do any good?  And if he misses his interview, will his dreams for a better future be derailed?

“Hillbilly Elegy” from Netflix is rated R for language throughout, drug content and some violence. Running time is 1 hour, 57 minutes. 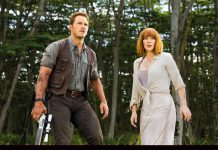 Everything old is new again: From dinosaurs to ‘My Fair Lady’ 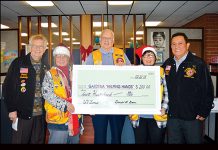 Helping Hands 2015 finishes with a flourish 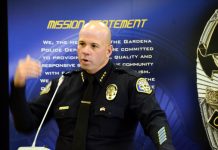 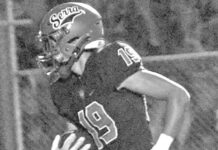