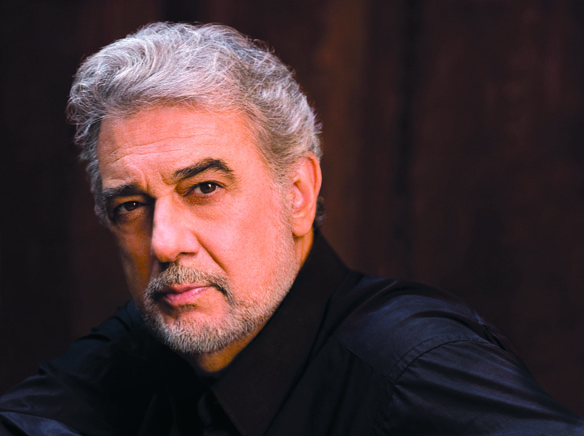 In 2013, opera companies all over the world will commemorate the 200th anniversary of Verdi’s birth, but Placido Domingo and noted Los Angeles Opera conductor James Conlon decided to get a head start on the Verdi birthday festivities.

In 2013, opera companies all over the world will commemorate the 200th anniversary of Verdi’s birth, but Placido Domingo and noted Los Angeles Opera conductor James Conlon decided to get a head start on the Verdi birthday festivities.

“Both James Conlon and I were eager to begin L.A. Opera’s celebration early,” said the world famous tenor. “And this seemed like the perfect opportunity for us to present a true rarity, ‘The Two Foscari,’ which is an early Verdi opera that is a strikingly beautiful work, ripe for rediscovery.”

The opera is set in 15th century Venice and Domingo sings the dramatic role of Francesco Foscari who, as head of state, desperately tries to protect both his son and himself from their enemies.  Two performances of the opera remain 7:30 p.m. Oct. 9 and a 2 p.m. matinee on Oct. 7.

The second opera in the new season is Mozart’s “Don Giovanni,“ starring Italian bass-baritone Ildebrando D’Arcangelo in the title role as the lustful seducer of epic proportions.

D’Arcangelo made his LA Opera debut last season as Guglielmo in “Cosi fan tutte” but this dashingly handsome singer is particularly noted for his interpretation of Mozart’s Don. His servant Leporello, performed by bass David Bizic, is loyal to his master even when his conscience gets in the way.

Leporello also keeps a detailed record of his master’s many conquests, equaling well over 2,000. Bizic brings great comic verve to his role and performs it with gusto.

The third is the peasant girl Zerlina, a beauty Giovanni meets on her wedding day.  In the early performances of the opera, she is sung by Roxana Constantinescu, a Romanian mezzo-soprano. Joshua Bloom, making his LA Opera debut, is the jealous young groom, Masetto.  Note: On Oct. 10 and Oct.14, the role of Zerlina will be played by Micaela Oeste and Angela Meade will sing the role of Donna Anna .

In his program piece, conductor James Conlon writes that “Don Giovanni has no core to his personality.  Mozart purposely deprives him of a self-revelatory or confessional aria.”

Unlike Donna Anna’s father, the noble Commendatore (Ukrainian bass Ievgen Orlov) killed by Don Giovanni while defending his daughter’s honor, Giovanni lusts for fine food, fine wine and as many women as he can seduce during his lifetime. The objects of his fleeting affection can be young, old, fat, thin, but preferably virgins and he regrets nothing he has done in his pursuit of pleasure.

D’Arcangelo ‘s Don Giovanni gleefully struts, preens and woos every woman he fancies, but never has any regrets, not even when confronted by the ghost of Donna Anna’s father who warns him he will be doomed for eternity in a flaming inferno if he doesn‘t vow to change his evil ways.

The ghostly white spirit offers Giovanni one last chance for forgiveness and redemption  but the Don remains true to his vices and in the end he is plunged into a fiery inferno as the stage opens up and he disappears in a burst of flames.

While all of this sounds pretty tragic, Mozart and librettist Lorenzo Da Ponte accentuate the humor as well as the dark side and the opening night audience laughed out loud a lot at the shenanigans on stage.

D’Arcangelo seduces with ease and his main focus is always on his personal needs and countless conquests. He is sexy, handsome and has fun with the role, but he also can project arrogance and cruelty.

Mozart‘s “Don Giovanni” is considered a musical masterpiece and the LA Opera has presented it faithfully in a way the great composer himself would appreciate.  But be prepared, it runs for three and a half hours.  It’s long, but lovely.

November (Nov. 17-Dec. 9)  the LA Opera will present Giacomo Puccini’s “Madame Butterfly,” followed by Richard Wagner’s “The Flying Dutchman” (March 9-30).  Gioachino Rossini‘s “Cinderella” (La Cenerentola) will be performed next year on March 23 and April 18, and on May 18-June 8,  Puccini’s “Tosca” will take Center Stage at the Music Center.

The season will conclude with a world premiere of Lee Holdridge’s “Dulce Rosa.”  For tickets and information for any of the operas call 213-972-8001 or go to www.laopra.com