This year’s Martin Luther King Jr. Parade scheduled for this month in Gardena has been postponed to Saturday, Feb. 26 due to concerns about COVID- 19 after a recent spike in positive cases of the new variant in Los Angeles County. The new date will coincide with the city’s Afternoon in the Park event at Rowley Park celebrating Black History Month. Gardena City Councilwoman Paulette Francis, who serves as coordinator of the annual event, said that she and the MLK Cultural Committee of Gardena were informed by Gardena Community Schools Administrator Rosemary Martinez that due to COVID concerns, the schools would not participate in the parade on the original January date. “She [Martinez] was very disappointed because they are great supporters of our program,” Francis said. Francis said that Martinez’s decision is what prompted the MLK Cultural Committee to follow suit by postponing the parade. As of now, Francis said the parade will be held on Feb. 26 and will be joined by the Battle of the Bands, an annual Gardena event that occurs in February to commemorate Black History Month. Attendees expected to be at the event will include California Congresswoman Maxine Waters as well as all of the members of the Gardena City Council including Gardena Mayor Tasha Cerda. California State Senator Steven Bradford is also expected to attend. Thanks to a great working relationship between the city and the Committee, Francis said that the event should go off without a hitch as scheduled. However, the postponement has caused some of the elements of the parade event to be re-confirmed or re-cast, such as the grand marshal, for whom they are awaiting confirmation as well as some of the parade performers. “As a committee we are one of the few cities that actually has a wonderful collaboration between the city (officials) and our community group,” Francis said. “It’s a great collaboration that I don’t think you will find in any other city but ours.” The parade will begin at Serra High School and proceed north on Van Ness Avenue until it ends at Rowley Park on 132nd Street. There will be no floats in the parade, just drill teams, drum lines, dancers and classic cars. In addition to the parade, the event will feature the winners of the 49th annual MLK essay writing contest. Francis said that more than 150 essays from all of the schools in the city were received and read. The contest was opened to students in grades 3 to 12 who reside in the city of Gardena or attend a school within the Gardena Community of Schools attendance area. Elementary grades which includes Kindergarten through 5th grade were given the following question: If Dr. King were to visit your classroom, what would you ask him? Grades 6-12, which is composed of middle and high schoolage students, were given the following essay questiont: 50 years of celebrating Dr. King’s legacy in the City of Gardena. Where do we go from here? 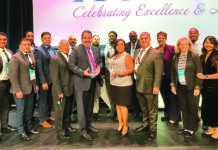