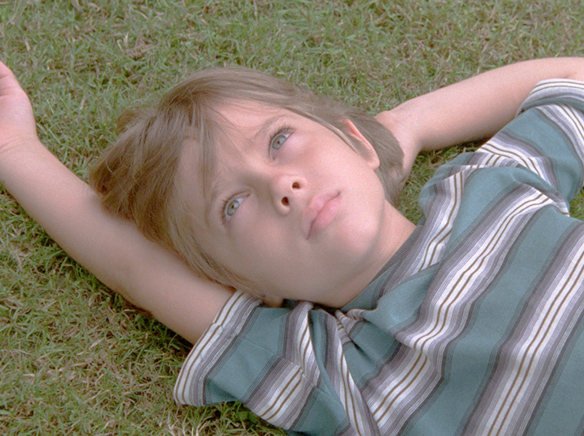 “Boyhood” was created over a 12-year time span at a cost of a mere $4 million. And look what’s happened since “Boyhood” premiered at the Sundance Film Festival—it’s earned 6 Oscar nominations for best picture, best director, best actors in a supporting role (Ethan Hawke and Patricia Arquette) and best screenplay. It has also garnered countless prizes from critics and the coveted Golden Globe for best drama. Will it win the Oscar? We’ll find out on Feb. 22.

“Boyhood” was created over a 12-year time span at a cost of a mere $4 million. And look what’s happened since “Boyhood” premiered at the Sundance Film Festival—it’s earned 6 Oscar nominations for best picture, best director, best actors in a supporting role (Ethan Hawke and Patricia Arquette) and best screenplay. It has also garnered countless prizes from critics and the coveted Golden Globe for best drama. Will it win the Oscar? We’ll find out on Feb. 22.

Writer-director Richard Linklater and his cast are pleasantly surprised by the critical acclaim and viewer appreciation for the film and attribute it to the fact that “Boyhood” captures universal truths about family life—its joys, tears, ups, downs and eventual triumphs. It is also unique because the story was filmed over a 12-year time span so you literally see the main characters physically transform as you watch a young Texan (Ellar Coltrane) grow from a six-year-old first-grader to an 18-year-old college freshman.

Another reason the film seems so real is the fact that Linklater based the mother on his own mom, who he describes as  “a passionate woman who followed her passion and took her kids through it.” She went on to college and earned a degree, and like Arquette in the film, she didn’t have much luck in her relationships with men.

The story depends mainly on the long-term relationship between the parents and their son and daughter,  who is played on screen by Linklater’s own daughter. It also deals with the son’s conversations with his father over the years, conversations that kept them close even though they were often apart. Despite the divorce, Hawke’s character manages to stay close to both of his children. He also shares his point of view on life with them.

If you haven’t had the chance to see this fine independent film yet, it’s now available to buy or rent on DVD and Blu-ray.

Another Oscar contender available on DVD is “The Boxtrolls.” This lively animated romp, from the creators of the Academy Award nominated “Coraline” and “Paranorman,”  is based on the book “Here Be Monsters” about quirky, mischievous, timid, good-hearted Boxtrolls who have lovingly raised a human boy named Eggs (he lives in a big egg box).

They all live together in a fantastical cavern below the bustling streets of Cheesebridge. When the evil, scheming Snatcher (voiced by Academy Award winner Ben Kingsley) decides to capture the Boxtrolls it’s up to Eggs (voiced by Isaac Hempstead Wright of “Game of Thrones”) and his new friend Winnie (Elle Fanning “Maleficent”) to save them from his evil clutches.

There are plenty of bonus features in the Blu-ray Combo Pac like “Dare to be Square: Behind the Scenes of The Boxtrolls.” Find out how the talented cast members gave unique voices to the animated puppets. You will also learn how LAIKA combined traditional stop-motion animation with visual effects in order to create the beautiful dance sequence and how costume designer Deborah Cook met the challenge of creating costumes that could flow during a dance scene. Seeing how the special effects were created really adds to the fun. From Universal, rated PG for action, some peril and mild rude humor.

On Jan. 27 “Fury,” starring Brad Pitt and Shia LaBeouf,  comes to DVD. The film was written and directed by David Ayer with Brad Pitt serving not only as star but executive producer as well.

Set in 1945, the WWII film is about the Allies making their final push in the European Theatre. A battle-hardened army sergeant named Wardaddy (Brad Pitt) is in command of a Sherman tank and her five-man crew on a deadly mission behind enemy lines. Out-numbered, out-gunned and with a rookie soldier thrust into their platoon, Wardaddy and his men face overwhelming odds in their heroic attempt to strike at the heart of Nazi Germany.

“Fury” has a running time of 134 minutes and is rated R for strong sequence of war violence, some grisly images and language throughout.