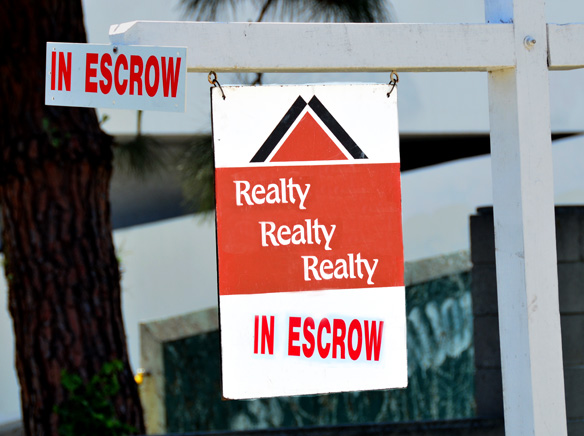 Until the recent change in my life— that being divorce—I was convinced the house I lived in would be the house I’d die in.  My home buying record would be one win, no losses. That is to say, I bought this one house and had no intention of purchasing another.

Until the recent change in my life— that being divorce—I was convinced the house I lived in would be the house I’d die in.  My home buying record would be one win, no losses. That is to say, I bought this one house and had no intention of purchasing another.

As with many things in life, a woman spurred me to this daunting expenditure.  Alternately cajoling and reassuring me, the Missus. also did her part in saving some money for the down payment. She held my hand as I grumbled through every part of the process, and we ended up with a place just right for our little family.

In this initial purchase and two refinancings, I was struck by how many people had their hands thrust deeply into my pocket, providing services of, at best, marginal value. Had I been a little smarter and a little wiser, I surely would've gone into mortgage banking, or one of the ancillary industries that surround it.

With the end of my marriage comes the necessity of finding a new place to live, this time without an emotional and financial partner. So the question is, “what should I buy?”

Our young family had certain considerations that are no longer germane. My first house was near a local grade school; as it turned out we drove the kids to a school we liked it better across town. With both my children now attending the local university, classroom proximity is of no importance.

The way I see it, my needs are modest. I require a smallish house — two, maybe three bedrooms — in a reasonably secure neighborhood, with a usable garage, a fenced backyard and, ideally, a bath and a half.

I also need to be able to sleep at night.  Who among us does not know someone who bought more home than they really needed or could comfortably afford? Relying solely on one income, I'm going to want a place for which I do not have to maximize my borrowing.

After all, to paraphrase George Carlin, a house is just the place to put your stuff.  With the marriage breakup and division of our worldly possessions, I will have less stuff than I used to.  But Lord knows I will have enough stuff.

How many of us can resist the temptation of filling the available space in our homes with as many purchases as possible? There are people disciplined enough to avoid maximum consumption. Likely, I am not one of them.

But I have come to understand that your possessions do, in fact, own you.  You are responsible for their upkeep, take them wherever you choose to live, stack them in a space to be used.  In preparation for moving out of my old house, the exercise of sorting through my things has convinced me I own more than I need and my stuff really does tie me down.

House hunting has begun. Will I succumb to the thrill of acquisition, be it in buying my new domicile or things to put inside it?  Guess we’ll see if I learned anything from that first home purchase.

Pat Grimes, a former South Bay resident, writes from Ypsilanti, Mich. He can be reached at pgwriter@inbox.com.