The day after Christmas Day, on Monday, Dec. 26, Gardena resident Sharif Nasr will appear on beloved TV game show The Price is Right, having filmed the episode in October of this year.

Nasr said that he saw an advertisement on Facebook for contestants and decided that he had nothing to lose.

“I filled it out and maybe a week or two later, I got an email asking to do a video call, basically like an audition,” Nasr said. “The team over at The Price is Right do a great job of preparing you for this call: what to wear, how the lighting should be, how to set up your camera, etc… That call, oh boy, it was so much fun and VERY exhausting (in a good way). They want to see your energy and I gave it my all. It was my work out for the day. A few weeks after that they told me I would get to attend a taping and I couldn’t have been more excited.”

The episode was filmed on Oct. 4 at their Beverly Hills studio, and Nasr said that the experience was a lot of fun..

“When you get there you go through security, do a COVID screening, fill out some paperwork, and have another audition with a producer,” he said. “From there, you wait to be let into the studio. They have a little cart with food (I highly recommend the beef brisket sandwich) and they play an old episode. That was a lot of fun and everyone got into the spirit of the day. We were all guessing the prices and talking about strategy. This was also the time that the audience started bonding with each other. I met so many great people that day.”

Nasr said that the energy and enthusiasm that you see from the crowd on television is exactly what it’s like in real life.

“They play music and everyone is dancing and you can feel the excitement in the audience for what is about to happen,” he said. “George Gray [announcer] comes onto the stage and does a little opener and talks to the audience. We had a moment together when he mentioned he might mispronounce people’s names and I told him that wouldn’t be anything new for me, happens all the time.”

“I could spend hours describing how everyone who works on that show goes beyond what you’d expect to not only produce a great show, but create a warm and welcoming atmosphere,” he said. “One thing I’d like to call out is during the commercial breaks during taping, Drew Carey is also talking to the audience and basically doing stand up. He is such a hilarious guy!”

It was a special experience for Nasr, who has been a fan of The Price is Right since he was a child.

“You know the ritual, if you are home sick from school, you are watching the show,” he said. “I also grew up in Michigan so snow days were also a thing and I was always happy that I got to watch Bob Barker back in the day. Ever since I was a kid, I’ve always wanted to be on The Price is Right. I’m just so happy I got to see it taped live.”

Nasr can’t offer any details about how well he did prior to screening – he doesn’t want to spoil any surprises. On Dec, 26, he’ll be watching with his mom and a few friends.

“I’ve invited a few friends to come watch it if they are still in town for the holidays,” he said. “I can’t wait for it to air. I’d say it’s can’t-miss-TV but honestly, every episode of The Price is Right is can’t-miss!

Sharif Nasr’s episode of the Price is Right airs on Monday, Dec. 26 on CBS. 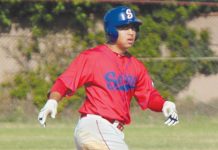 GVN Athlete of the Week, May 1 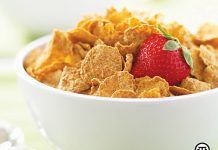 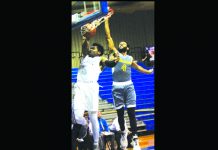 Fullerton pulls away from El Camino in basketball action

King Lear and The Play’s The Thing On Stages in Beverly...