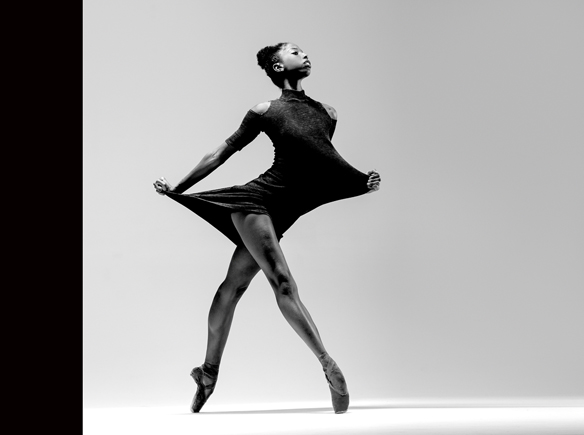 It’s April and spring is in the air. It’s a time when we feel light and cheerful, with a spring in our steps and in our spirits. And even if we can’t dance, now is the time for us to enjoy dance on stage at both the Dorothy Chandler Pavilion and the Valley Performing Arts Center (VPAC) in the San Fernando Valley.

It’s April and spring is in the air. It’s a time when we feel light and cheerful, with a spring in our steps and in our spirits. And even if we can’t dance, now is the time for us to enjoy dance on stage at both the Dorothy Chandler Pavilion and the Valley Performing Arts Center (VPAC) in the San Fernando Valley.

On Friday April 15 to Sunday April 17, Glorya Kaufman will showcase works by Complexions Contemporary Ballet with choreography honoring Maya Angelou in connection with National Poetry Month. Complexions, a dance company that focuses on reinventing dance with an emphasis on the aesthetic appeal of performances that celebrate the similarities and differences of a multicultural nation, is under the artistic direction of Dwight Rhoden and Desmond Richardson.

Both men have been hailed by the New York Times as “…two of the greatest virtuosos ever to emerge from Ailey land” and in their upcoming works at the Music Center they will present compelling dance contrasts ranging from classic-style ballet en pointe to contemporary ballet with a multicultural cast of 14 dancers trained in both classical and contemporary dance. This engagement will honor the legacy of Maya Angelou as well as featuring a tribute to the universal sounds of Stevie Wonder.

Rachel Moore, president and CEO of the Music Center, praises the company for their risk-taking and innovation. According to Moore, “As artists, Dwight Rhoden and Desmond Richardson are dedicated to delivering transformative work that is rooted in diversity. Both men have committed themselves to what they call a world without boundary.”

Their repertory for their engagement at the Dorothy Chandler will feature “Ballet Uno,”  set to music by Johann Sebastian Bach and  “Gone,” with music by Odetta,  In “Gone” three men explore states of destitution, loneliness and hopelessness, only to find in each other the will to survive through camaraderie and brotherhood. “Cryin’ to Cry Out” is set to the music of Jimmy Scott, and “Choke” performed to Vivaldi’s “The Four Seasons”/ summer section, is a duet for two men that highlights opposing qualities and competitive energies. “Testament,” set to “Amazing Grace” explores the tension of spiritualism within the context of faith and devotion. “Imprint Maya,” music by David Rosenblatt, is a salute to author, poet, civil rights activist Maya Angelou and “Innervision,” with music by Stevie Wonder, is a celebration of Wonder’s singular, distinctive musical sound.

On Saturday, April 16 the Aspen Santa Fe Ballet (ASFB) will celebrate their 20th anniversary at the Valley Performing Arts Center (VPAC) with a program of new works that commemorate the company’s commitment to pushing the boundaries of contemporary dance.

To launch their three-year residency with VPAC, the company will unveil two new commissions: “Re-play” by the Brazilian choreographer Fernando Melo and “Human Rojo” by Cayetano Soto, his third work for the ballet company. They will also perform “Silent Ghost” by Alejandro Cerrudo.

This multi-year residency by a major performing arts company furthers the mission of VPAC to become the cultural hub of the San Fernando Valley. For tickets call (818) 677-3000 or online at valleyperformingartscenter.org.

Theatre Updates:  The Tony Award winning farce “A Gentleman’s Guide to Love and Murder”  is a daffy, delightful, inventive comedy musical currently at the Ahmanson Theatre through May 1. A correction to the previous review:  The role of Sibella Hallward was played by Kristen Beth Williams with Book and Lyrics by Robert L. Freedman.

“Kinky Boots” returns to the Pantages April 13 for a brief run. For tickets and information call 1-800-982-2787, online at www.HollywoodPantages.comor www.ticketmaster.com. 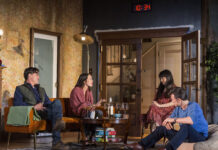 Helping Hands 2014 ends with a flourish